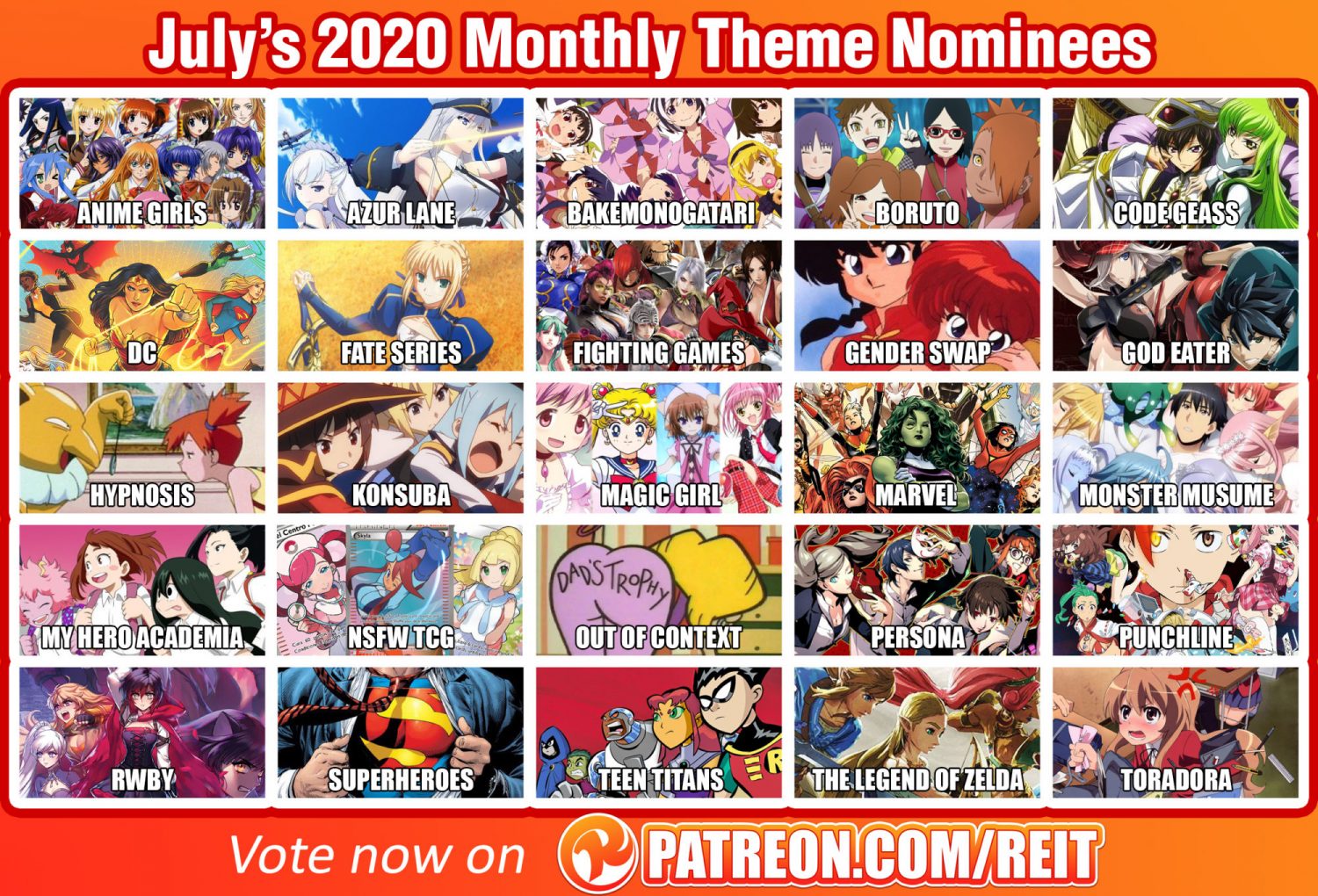 Last week of the month, we have to be ready for july
here start a new poll for a new Monthly Theme

same rules as always: you can vote for more than one idea if you like it, and the poll ends the last day of the month

remember that the images are just as references, I can take a whole franchise to make images, not just the example of the picture.

Ideas that I have to clarify: