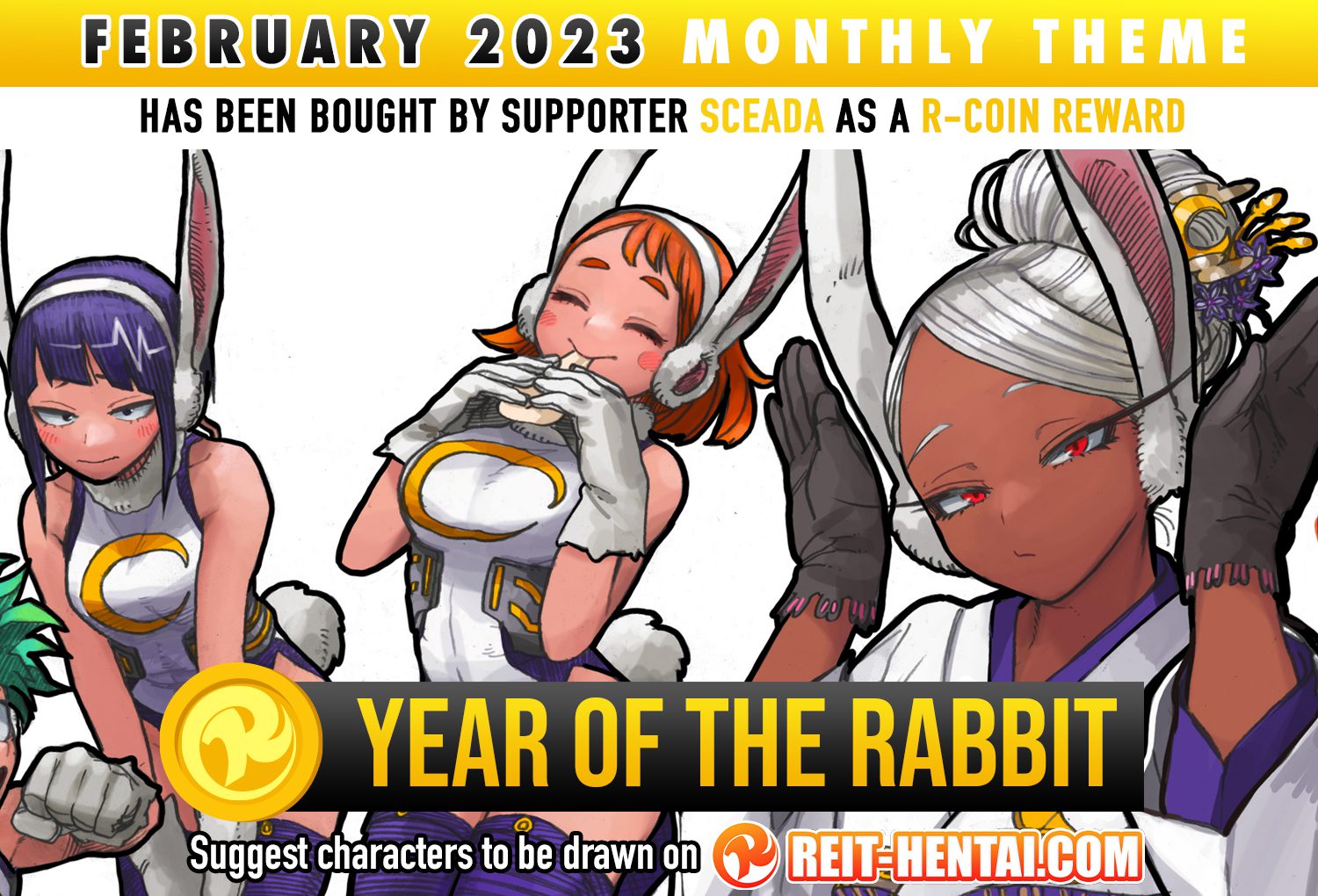 It’s time to participate in February’s Monthly Theme, which is a bought theme selected by my supporter Sceada using his R-coins! And the theme is… “Year of the Rabbit”

I will be drawing bunny and rabbit related characters, or any characters that have an official outfit or design related to bunnies.

You can suggest your favorite characters related to the Monthly Theme here in the comments section bellow. Remember to leave likes to the suggestions you want me to draw. I will be selecting them during the month to draw them!

This month, we have a new rule set in place:
From now on, characters drawn during the last month, can’t be suggested for the current one.
This, to have more diversity. So keep this in mind when posting!

RULES
GIVE IDEAS
HOW TO VOTE
RULES
To participate you should follow some simple rules:

How to post your own image?
If you want to participate just leave a comment with an attached image of the character you want to suggest.
It’s easy, just log-in with your Social media by clicking in the icons at the top right corner of the comment box or the ones in the side bar or the top corner of the website.

Now you can add the image by clicking on this little icon bellow the comment box.

This will open a window where you can select the image file that you want to show up in the comments section.
The image could take some time to load, but once is done, it will be shown in the bar bellow the comment box.
Remember to fill the comment section with the name of the character and the franchise where it comes from, nothing else.

only one character per comment!
remember that you can only post characters related to the current Monthly Theme
any other character will be deleted
And that’s all, now you can add your own character to the suggestion!

How to vote for your favourite characters?

You need to be logged in to participate.
Just click in the social media buttons at the top of the comment section or fill the data box with name and email to log-in
(if you want more info on how to log-in, check the “give ideas” above this section)

Carrot from One Piece

Mai sakurajima from Rascal Does Not Dream Of Bunny Girl Senpai

Panty (Playboy bunny outfit) from Panty and Stocking with Garterbelt

Cream the Rabbit from Sonic the Hedgehog

Yui Kotegawa from To Love-ru

Vanilla the Rabbit from Sonic the Hedgehog

Mikuru Asahina from The Melancholy of Haruhi Suzumiya

Black rabbit from “problem children are coming from another world aren’t they?”

Ayane from Dead or Alive 6

Mila from Dead or Alive 6

Nanachi – Made in Abyss

Christie from Dead or Alive 6

Chino Kafu from Is the Order a Rabbit

Maya Jōga from Is the Order a Rabbit

Megumi Natsu from Is the Order a Rabbit

January 23 – Waifu of the Month: Sisters